Agia Lavra is a historic monastery in Kalavryta, one of the oldest monasteries in Greece
and especially in the Peloponnesian area, known as the place where the Greek Revolution began,
according to a popular Greek legend. According to other opinions, this particular event is just a legend. 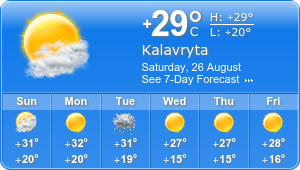